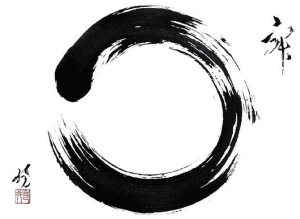 Yamaoka Tesshu, as a young student of Zen, visited one master after another. He called upon Dokuon of Shokoku.

Desiring to show his attainment, he said: “The mind, Buddha, and sentient beings, after all, do not exist. The true nature of phenomena is emptiness. There is no realization, no delusion, no sage, no mediocrity. There is no giving and nothing to be received.”

Dokuon, who was smoking quietly, said nothing. Suddenly he whacked Yamaoka with his bamboo pipe. This made the youth quite angry.

“If nothing exists,” inquired Dokuon, “where did this anger come from?”

Click here for my first, more personal take on Anger, which begins to answer the question.